‘Lonely, let down, abiding by the rules and concerned for others’ – teenagers’ diaries describe how they’re dealing with COVID-19. 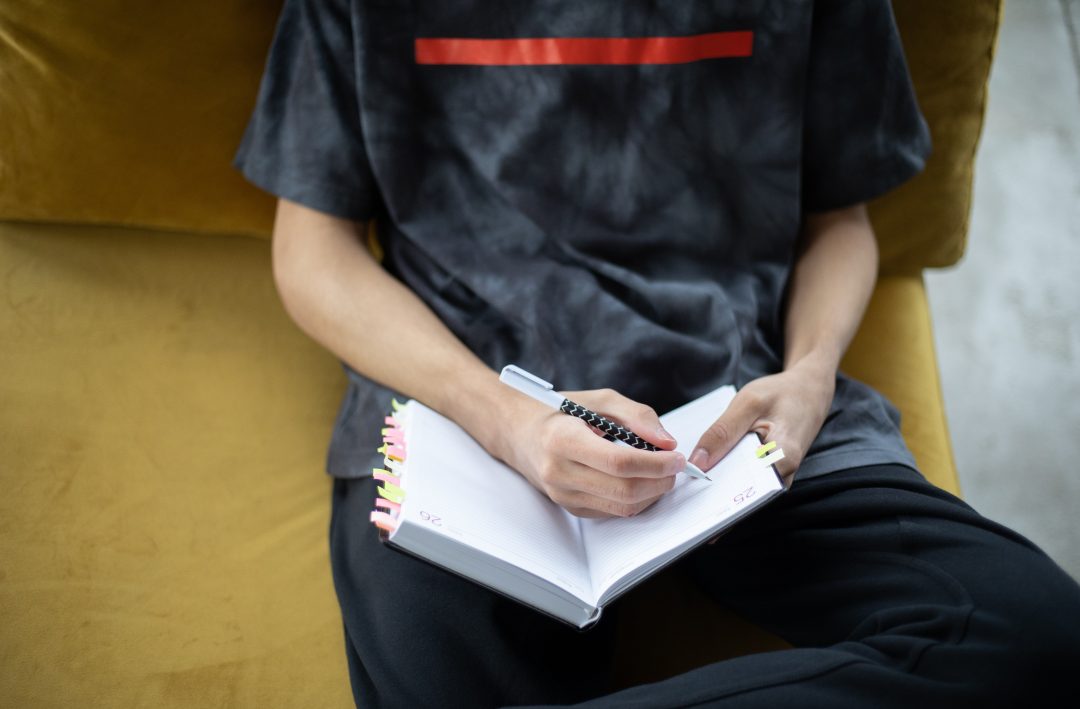 Young people from the North East have shared personal diaries of their experiences around COVID-19, as part of an in-depth study to assess the wider social impacts of the virus on children and young people.

The diaries have been completed as part of the first phase of an ongoing, long-term study led by researchers at Newcastle University which aims to examine young people’s experiences of COVID-19 in more detail.

Several studies have already been carried out nationally to measure the impacts of COVID-19 on young people, but this is the first to use longer-term, diary-based methods to document young people’s detailed thoughts and experiences of the pandemic.

These findings are from the first phase of data collection, and relate to the months between July and October 2020. Diaries were kept for six weeks by 31 young people aged 13-17. The group then shared extracts of their diaries with the research team, and took part in interviews where they reflected on their experiences.

All of the young people involved described emotional repercussions, with most saying they felt lonely or anxious. All wrote about missing their friends, extended family, social contact and interaction. Several had pre-existing mental health conditions or lived experience of difficulties which were made worse as a result of national restrictions.

Their diaries also highlighted longer-term impacts from disrupted education, including missed parts of curriculum, home schooling, cancelled exams or periods of enforced isolation due to COVID-19 in their group or class bubble.

This phase of the study also found that not all young people experienced lockdown in the same ways; some described positive impacts – including a change in pace or a break for those where school was a source of anxiety, and strengthened family bonds.

The challenges of going back to school, and exam uncertainty

Diary entries relating to September and a return to school particularly highlighted the emotional strain of higher workloads and anxiety about the impact that lockdown restrictions could have on the future.

Even where excited or relieved, returning to a busy school setting was a shock after six months away, as well as tiring, as young people reported attempting to ‘catch up’ on content that they had missed during lockdown.

This was particularly seen in those facing educational transitions, or where GCSE or A-Level exams were cancelled. For these young people, lockdown and the months leading up to exam results day were fraught with uncertainty as, for a long period of time, they were left unsure as to how their results would be calculated.

Some expressed disappointment with being unable to sit exams, and the lack of closure. Others felt that they had somehow ‘cheated’ by getting good GCSE or A-Level grades. For those starting college, this knocked their confidence and introduced an element of ‘imposter syndrome’.

Confusion around changes to rules

Young people were also daunted by widespread changes at school and new social distancing rules such as one-way systems, bubbles and wearing face masks. Many spent all day in the same classroom, hot lunches were restricted, and they couldn’t use computers or interact with friends or teachers in the same way. They were frustrated and confused about how rules were enforced, particularly when it came to what should be defined as ‘close contact’ and why they could see their friends inside, but not outside, of school.

They levelled disbelief and frustration at rules which they felt did not make sense, such as not being able to socially distance fully when travelling to and from school, and not being able to mix with classmates outside of school. They also expressed disappointment with those not following rules and restrictions and not taking risks seriously, with some describing this as ‘selfish’.

Sacrifices and a sense of responsibility for others

The young people who took part in the study also described feeling a great sense of responsibility or burden for other people’s health as well as their own. They talked about how they had given things up in order to keep people safe, and missed milestones such as important birthdays, proms, and celebrating exam results.

Diary entries also expressed frustration, anger, and disappointment, largely due to constant change, uncertainty and lack of control. This was exhausting and meant young people were operating at heightened emotional states.

With the exception of one or two who felt restrictions were too heavy handed, young people in this study also described high levels of compliance with pandemic restrictions. They talked about high levels of adherence to social distancing rules, and a sense of responsibility and burden for other people’s health – as well as some frustration with the Government around the frequent changing of rules, and unclear communication.

Study adds to a growing body of evidence

She said: “Whilst young people are largely physically unaffected by COVID-19, they are likely to experience the most long-term damage, particularly in relation to education, mental health and employment.

“These initial findings have several implications and our study adds to a body of evidence focusing on how COVID-19 has widened existing inequalities for this generation. This includes taking into account the added impact that digital poverty and digital exclusion may have had on children and young people who struggled to connect online for learning or social activities.

“Whilst some developed coping strategies to mitigate harm, young people in our study reported largely negative impacts upon their mental health and wellbeing, such as isolation, stress, anxiety, grief and loss, and the long-term consequences of such sustained levels of isolation remain to be seen.

“This work may only scratch the surface of the potential impact that COVID-19 has had, and will have, on children and young people from different backgrounds. This study is ongoing, and it will be interesting to see how experiences and feelings may evolve as time progresses.”

This study is funded by the Newcastle University Covid-19 Research Fund, and supported by NE Youth, a youth development charity supporting young people and youth organisations the North East. It is also supported by the National Institute of Health Research (NIHR) Applied Research Collaboration (ARC) for the North East and North Cumbria (NENC).

It is being led by Dr Stephanie Scott, Dr Victoria McGowan and Dr Shelina Visram from Newcastle University, who are all members of the  NIHR ARC North East and North Cumbria.

An article relating to this paper was first published in the International Journal of Environmental Research and Public Health in April 2021.